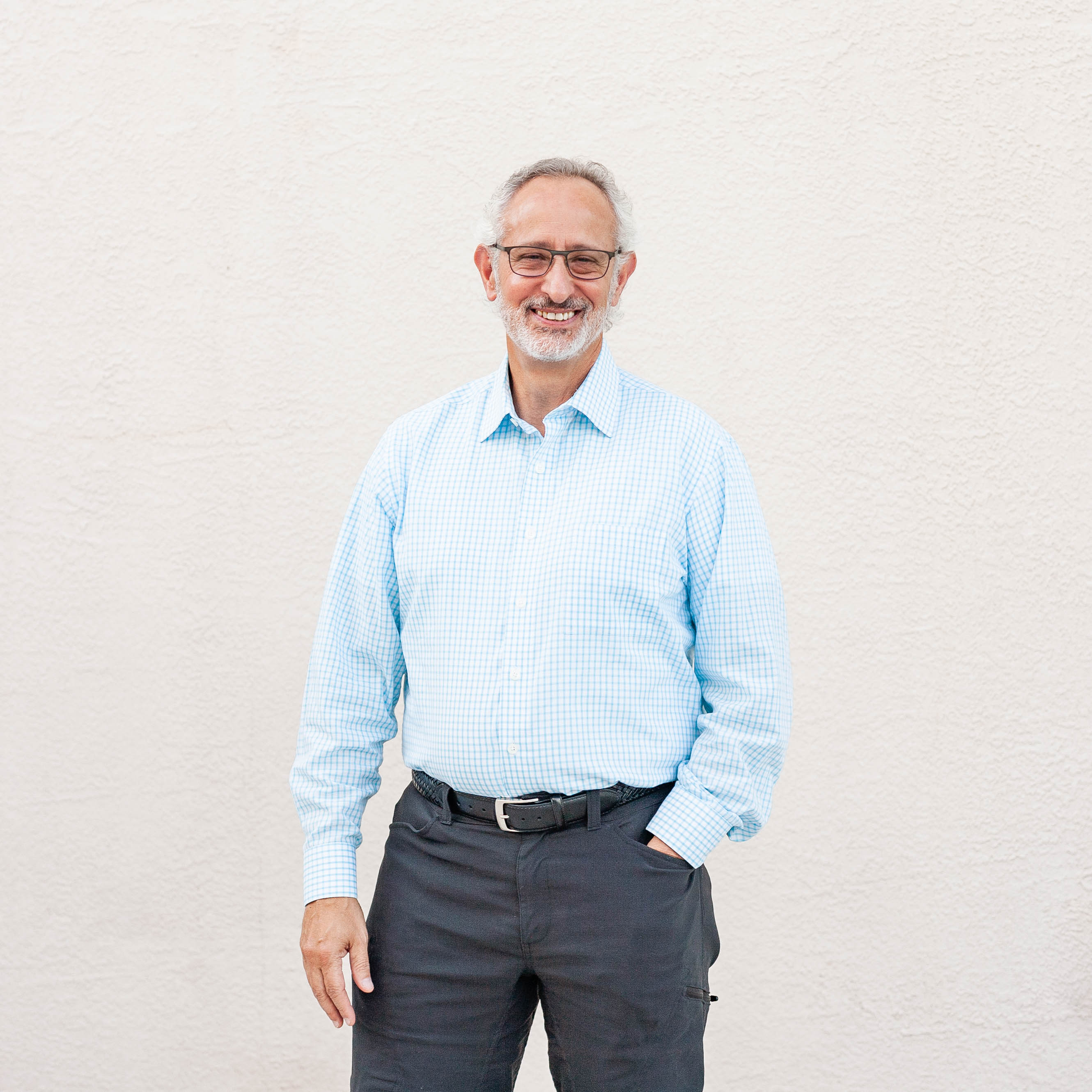 Steve Kreloff is the pastor/teacher at Lakeside Community Chapel in Clearwater, Florida. He has been on staff at Lakeside since 1976, serving as pastor since 1981. The emphasis of his ministry is the verse by verse teaching of Word of God.

He has been a contributing writer for the magazine Israel My Glory, and has written for other magazines including Masterpiece and Tabletalk. Pastor Kreloff has authored several books, including God’s Plan for Israel: A Study of Romans 9-11, Timeless Truths from a Faithful Shepherd, The Pleasures of Marriage: An Exposition of the Song of Solomon, and Expository Preaching and Teaching.

Steve serves on the  Board of Aurora Ministries. He is the teacher for Verse by Verse Ministries, Lakeside's radio ministry.

He and his wife, Michele, have three children and thirteen grandchildren who all attend Lakeside Community Chapel. Steve and Michele have also ministered extensively to correctional chaplains through seminars across the country. 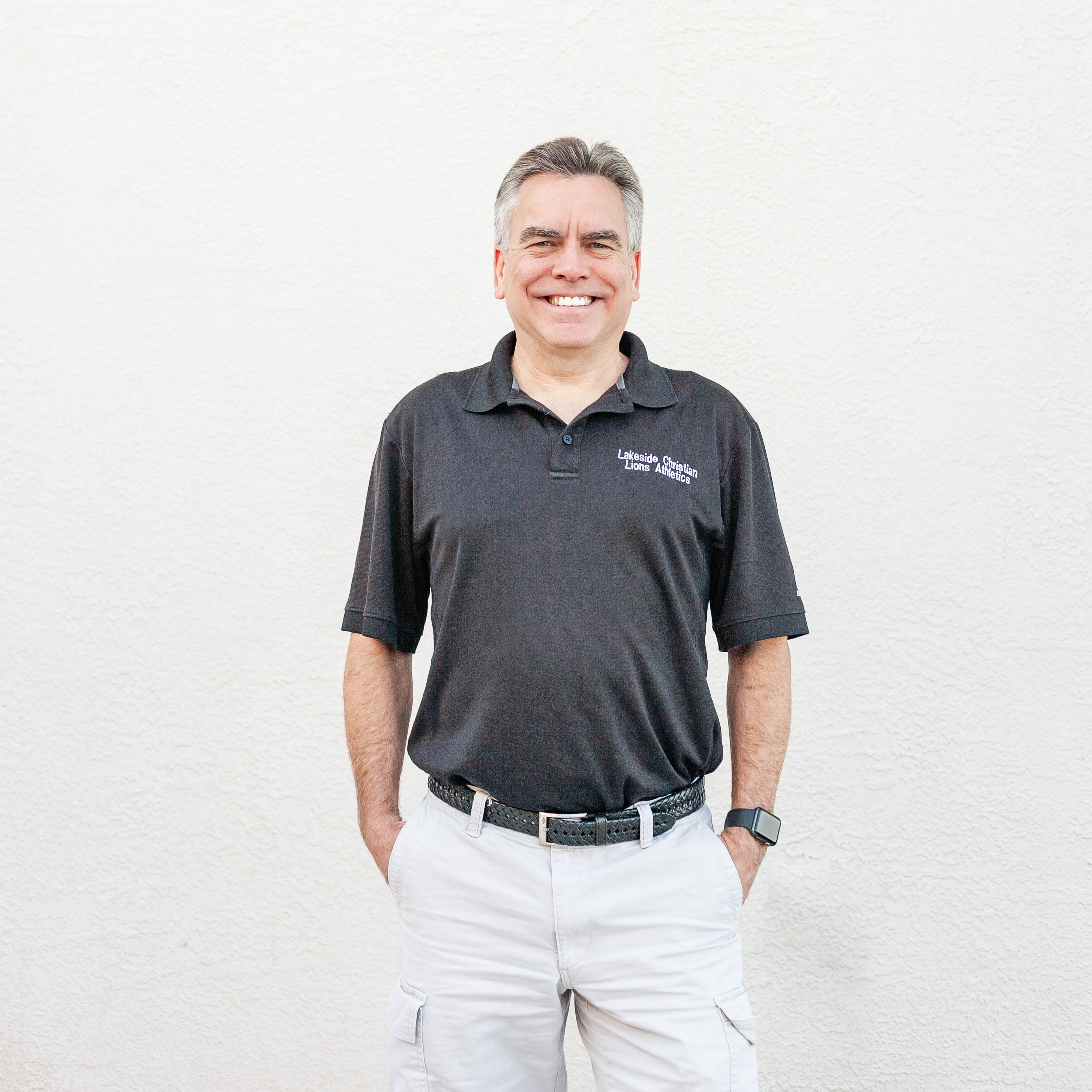 Joe attended Florida State University, earning an Associate of Arts Degree. Thereafter he earned Bachelor of Science in Laws and Juris Doctor degrees from Western State University College of Law in San Diego, CA. Joe began studies at The Master’s Seminary in Sun Valley, CA in 2000, graduating in 2004 with a Masters of Divinity degree. Prior to entering the full-time ministry at Lakeside, Joe was a practicing attorney in California for over 14 years.

Joe has been married to his wife Debbie since 1992, and they have three daughters and two sons-in-law: Rachel (Nathan), Heather (Alex), and Christine. 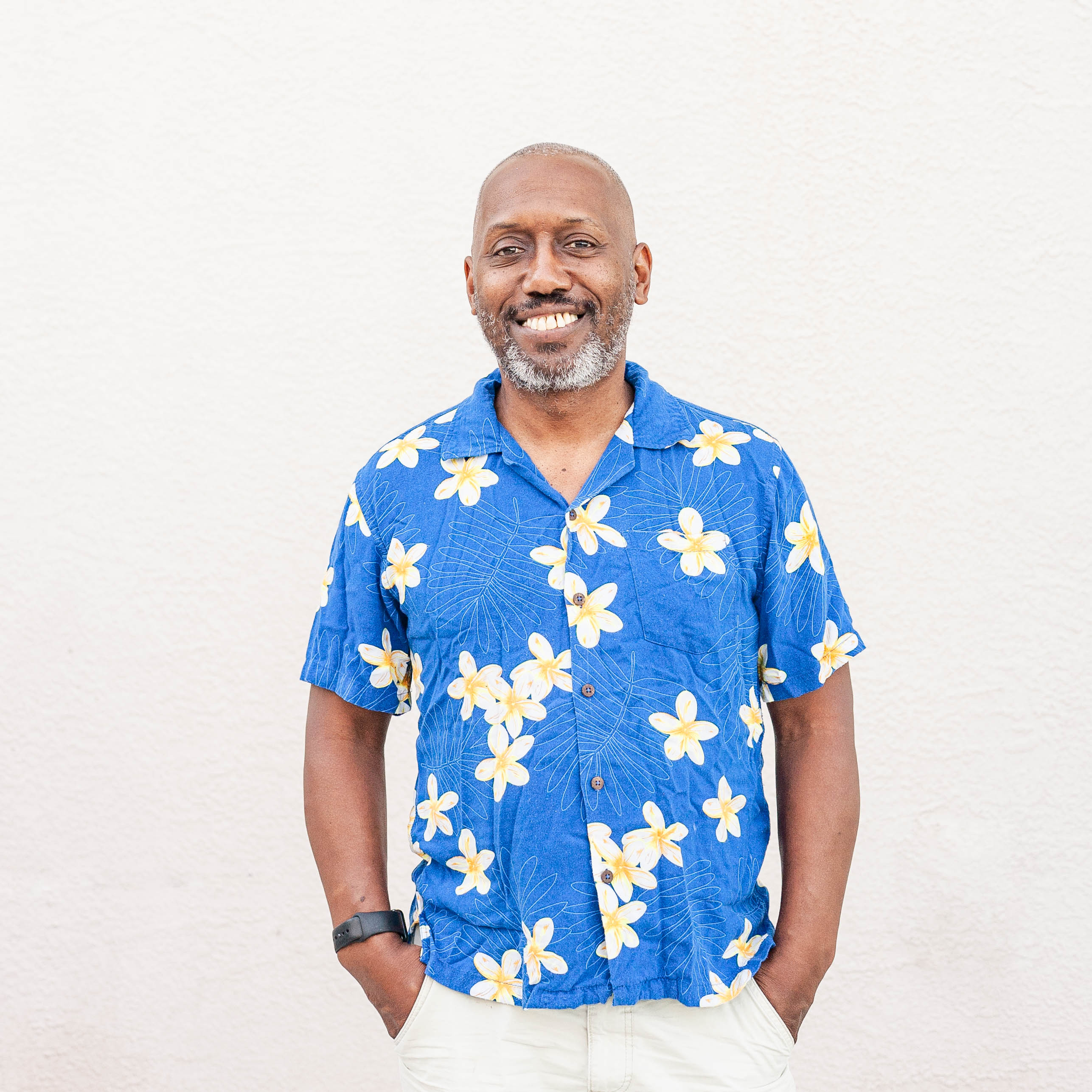 Spencer, originally from Southern California, attended The Master’s College receiving a B.A. degree in Communication. He later graduated from The Master’s Seminary with a Master’s degree in Divinity. While attending college and seminary, he served in the children’s ministry and later in the youth ministry at Grace Community Church under Pastor John MacArthur in Sun Valley, California before coming to Lakeside.

Spencer came to know Christ as a freshman in high school and has worked with teenagers and children for over twenty years. His heart is for the growth and discipleship of the youth for Christ. Along with his staff, the emphasis of the youth ministries he leads at Lakeside Community Chapel and at Lakeside Christian School is to make sure that every aspect of the ministry to the youth and their parents reflects and exemplifies God’s glory, majesty, and excellence. 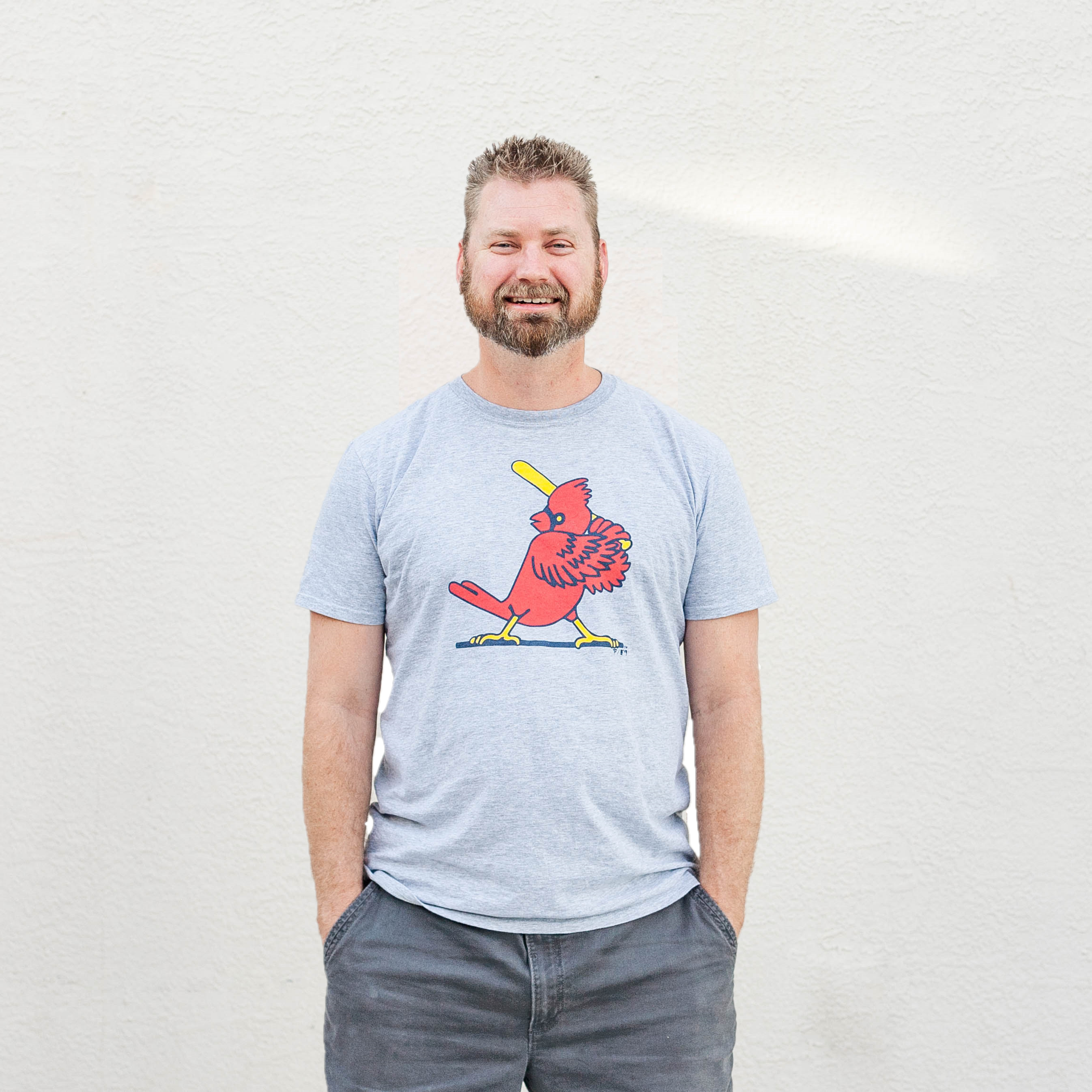 Jason came to minister at Lakeside Christian School in the fall of 2004. After having the privilege to serve there for almost ten years, he moved to the church to become one of the staff pastors in the summer of 2013.

He received his bachelor's degree from Clearwater Christian College in 2004 and his master's degree from Reformed Theological Seminary in 2019. His primary responsibilities at Lakeside include overseeing the church's missions program as well as the children's ministry.

Jason and his wife Stephanie were married in 2004 and they have two children, Ethan and Amelia. 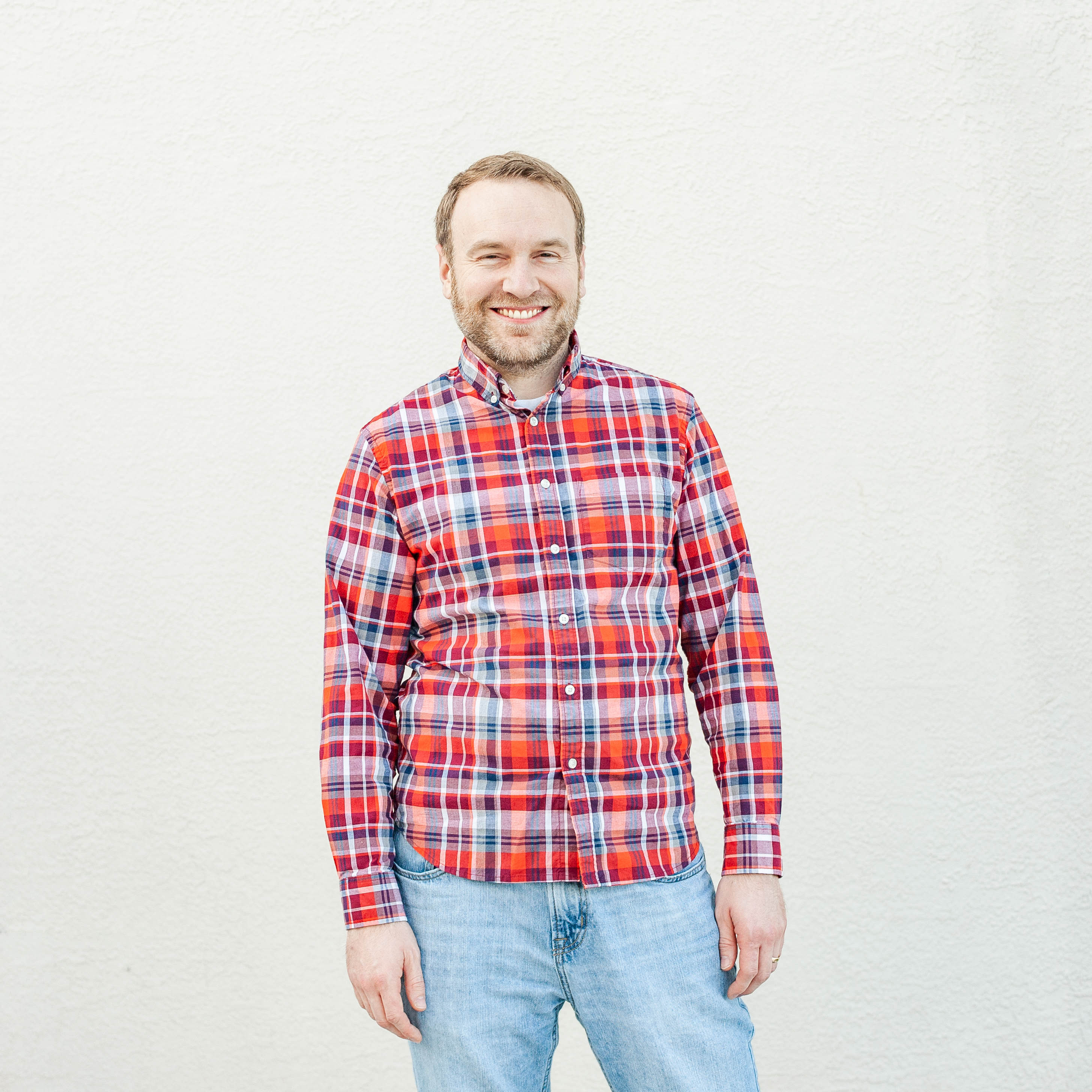 Joel came on staff at Lakeside in July of 2009 as the Music Minister and in 2015 he was ordained as the Worship Pastor. His main responsibilities involve leading and shepherding all music ministries including the adult choir, children’s choirs, orchestra, and worship team. He also oversees the A/V ministry alongside his good friend and deacon, Danny Nichols. His passion is to lead believers of all ages in the worship of Jesus Christ and to share Christ to the lost through music.

Joel graduated from Moody Bible Institute in 2008 with a Bachelors degree in Music with an emphasis in voice. Before that, he was actively involved in music and theater as a child and teenager in his home area of Seattle, Washington.

Joel and his wife Nicole met in college and have been married since 2008. They have two daughters, Emma Lou and Maria. 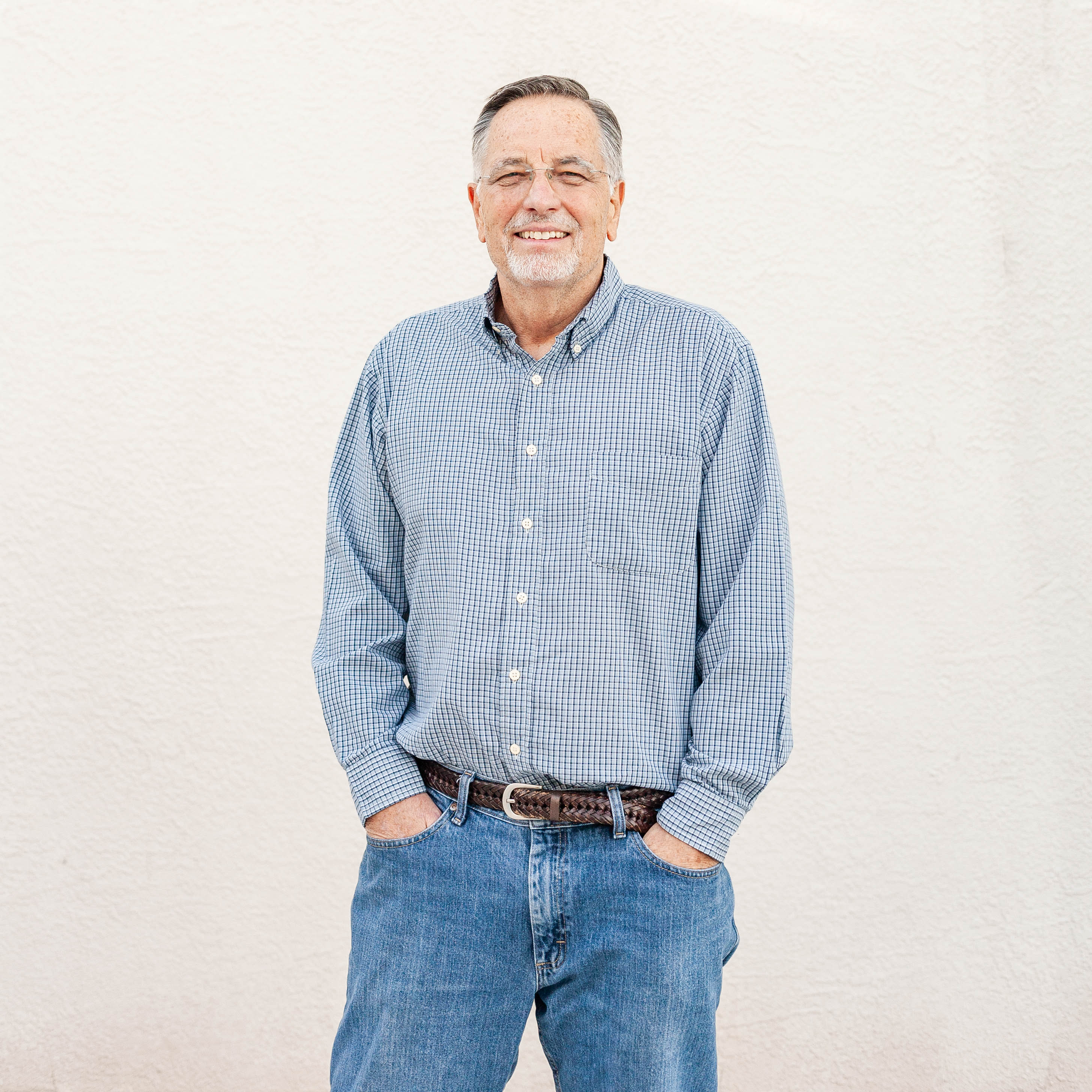 From 1992-1996, Jack was a missionary pastor with Village Missions, pastoring churches in Kinderhook, Michigan and Redding, California. The emphasis of his ministry was to provide full-time spiritual leadership to churches who, because of financial restraints or because of a lack of leadership, could not otherwise support a full-time pastor. While with Village Missions, Jack was on staff at Lakeland Correctional Facility in Coldwater, Michigan. As part of the chaplain's staff he ministered to inmates through Bible studies and Sunday services.

Jack has been married to his wife Gayle for over 40 years. They have three children and ten grandchildren. 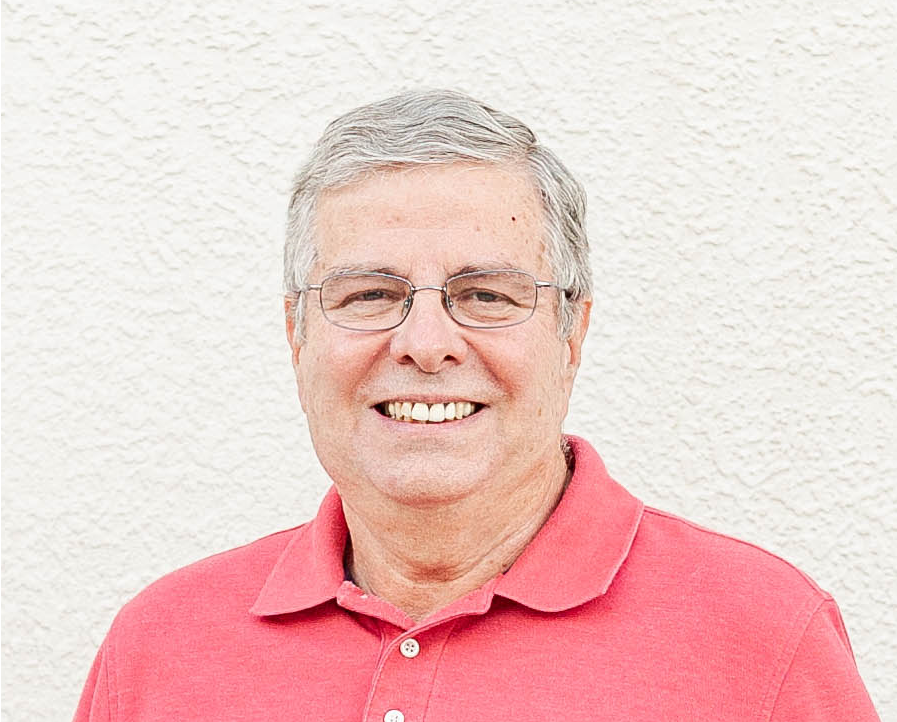 A Florida native, Bruce and his wife Marcia both grew up in Pinellas County and first came to Lakeside shortly after their marriage in 1976. He began serving the church as an elder in 1983. Bruce spent over 38 years working as a law enforcement officer in two local police agencies. While working, he also attended Dallas Theological Seminary’s Tampa extension, graduating in December 1999 with his Master of Arts degree in Bible Studies.


Bruce serves as the pastor of the Fellowship Class, one of our adult Sunday School fellowships, a class he has taught continuously since 1980. Since retiring from law enforcement in October 2012, he has also taken on the responsibility of serving as the executive director of Verse by Verse Ministries, Lakeside’s radio ministry featuring Pastor Kreloff’s Bible teaching. Bruce and Marcia have three adult children and six grandchildren. 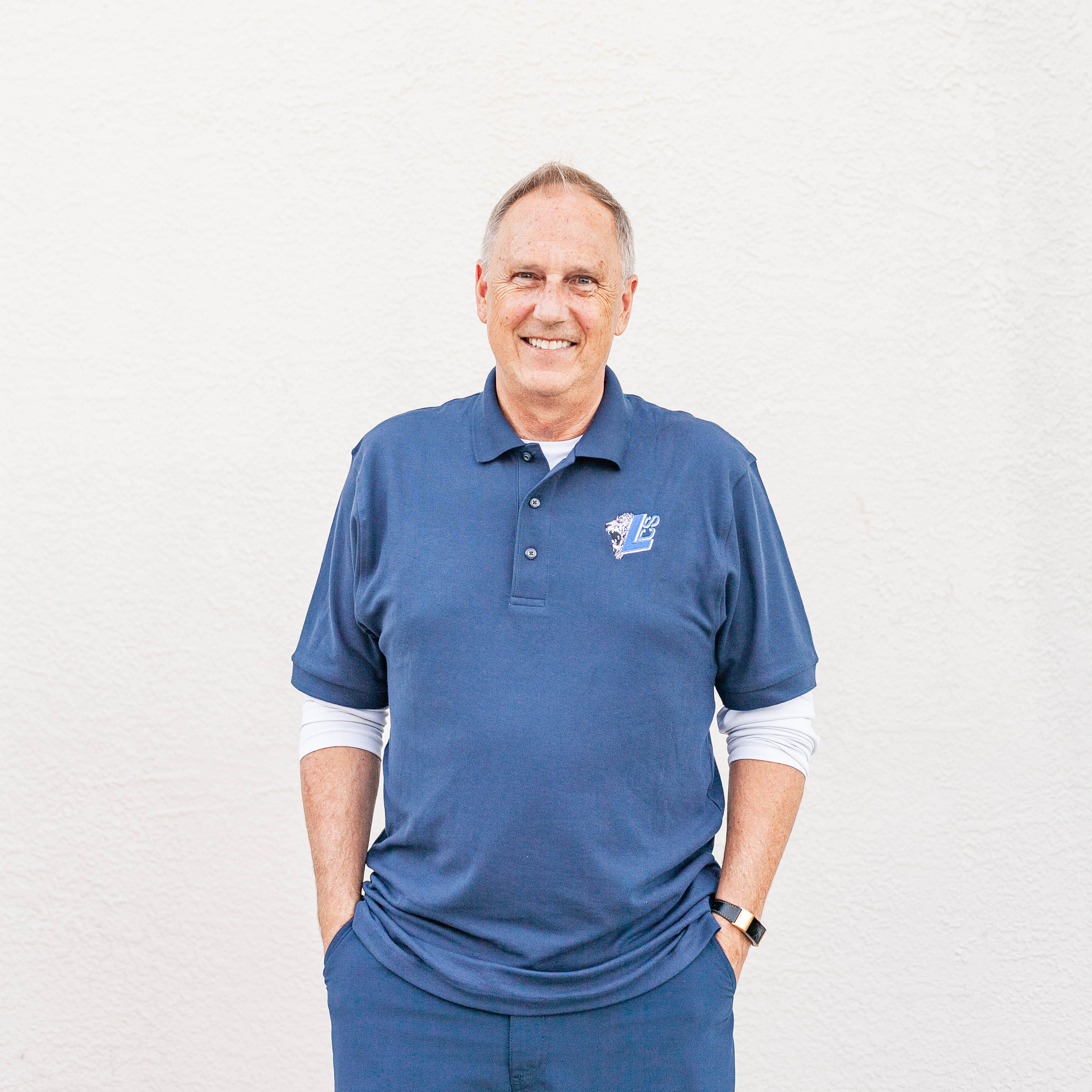 Jim earned a B.A. in Business and a minor in Accounting from the University of Puget Sound and an M.A. in Curriculum and Instruction from Colorado Christian University. After 25 years Jim followed the Lord's calling to leave the business world to enter full-time ministry as the head Administrator of LCS. He has been serving in this role since April of 2004.

Jim and his wife Carla have two daughters and five grandchildren. 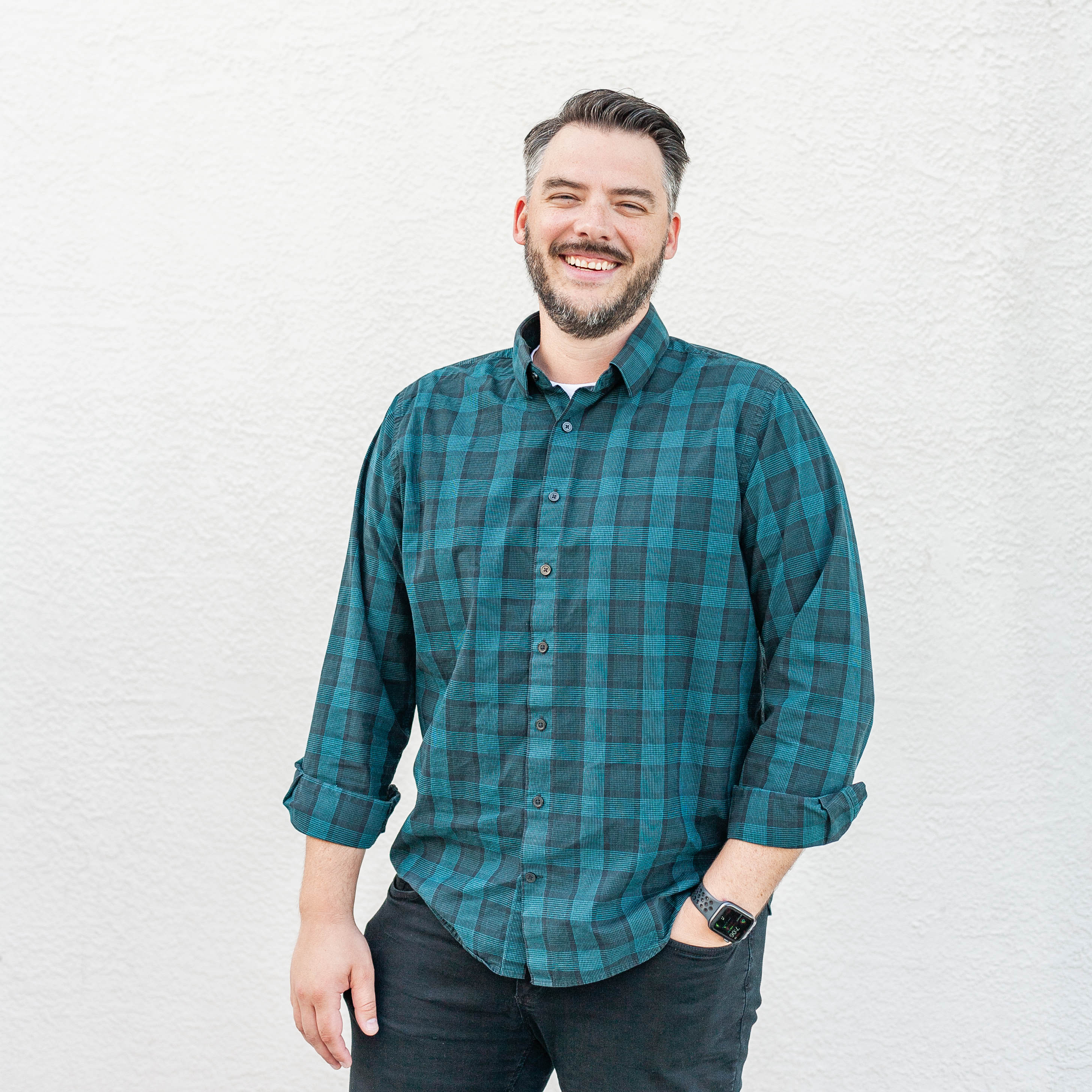 David Jenkins has been serving on the Elder Board at Lakeside since 2017. His ministry responsibilities include overseeing the ABLE Ministry, teaching in the Homebuilders class, and leading the Monday night Men's Bible Study. He received his B.S. in Business Marketing from Liberty University in 2008, and upon completion moved back to the Clearwater area. David and his wife Jayme were married in 2007, and they have three children, Elijah, Emery, and Eila.

Robert Fraire has been a member of Lakeside Chapel since 2002 and served as a Deacon before being called to serve on the Elder Board in 2008. He received his undergraduate degree from The United States Military Academy and served in the Army and then in the business world in the technical consulting arena. Robert leads the baptism classes, supervises AWANA and often teaches Bible classes for every age range (5 years old through Seniors).

He is married to Jenni and they have 3 children Robert (Bobby), Madeline, and Ben. The family is very involved in the music ministry as well as in several other ministries throughout the church. 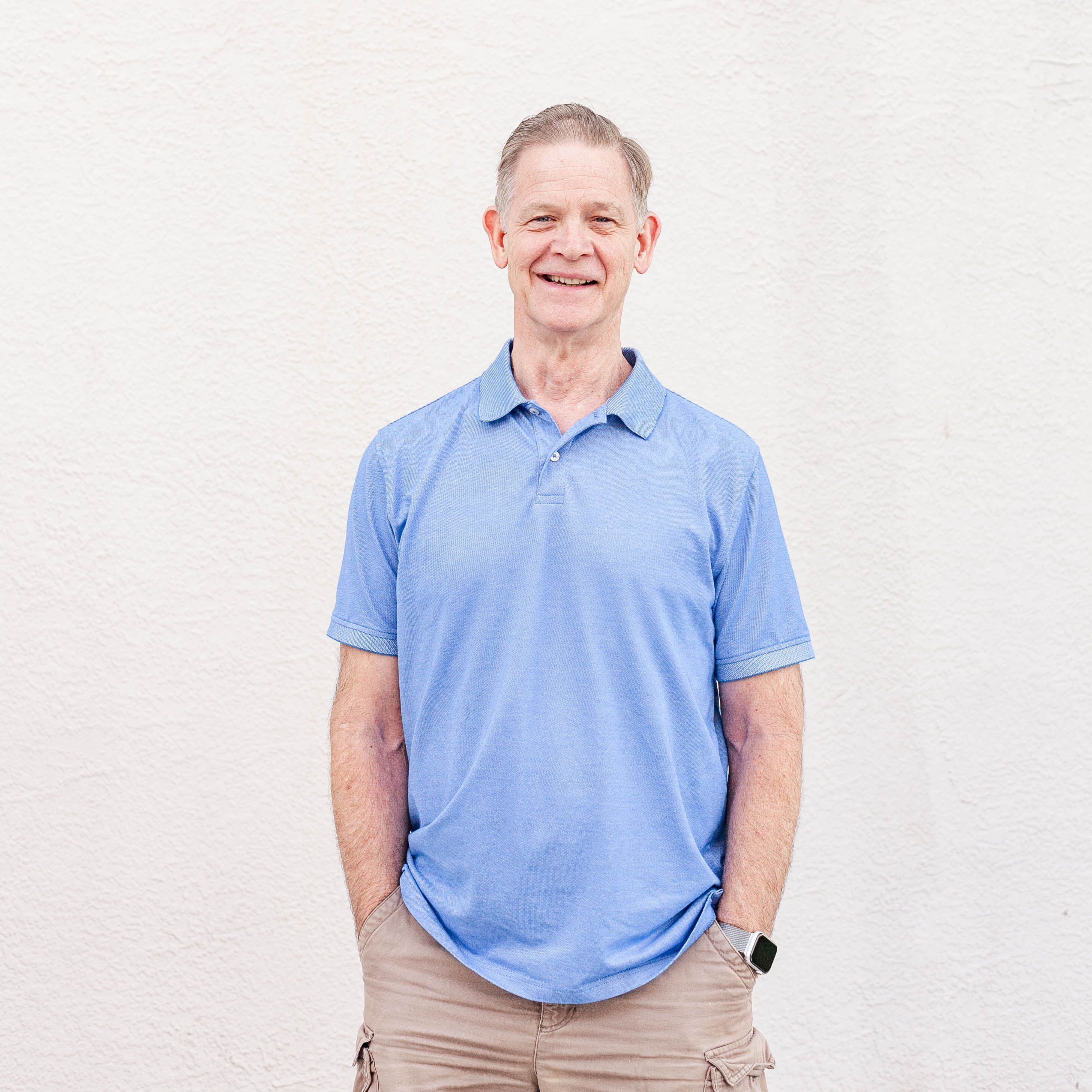 Rigg and wife Jeanne serve together at Lakeside. While in Florida their family has grown with their children marrying and they now have 4 grandchildren. 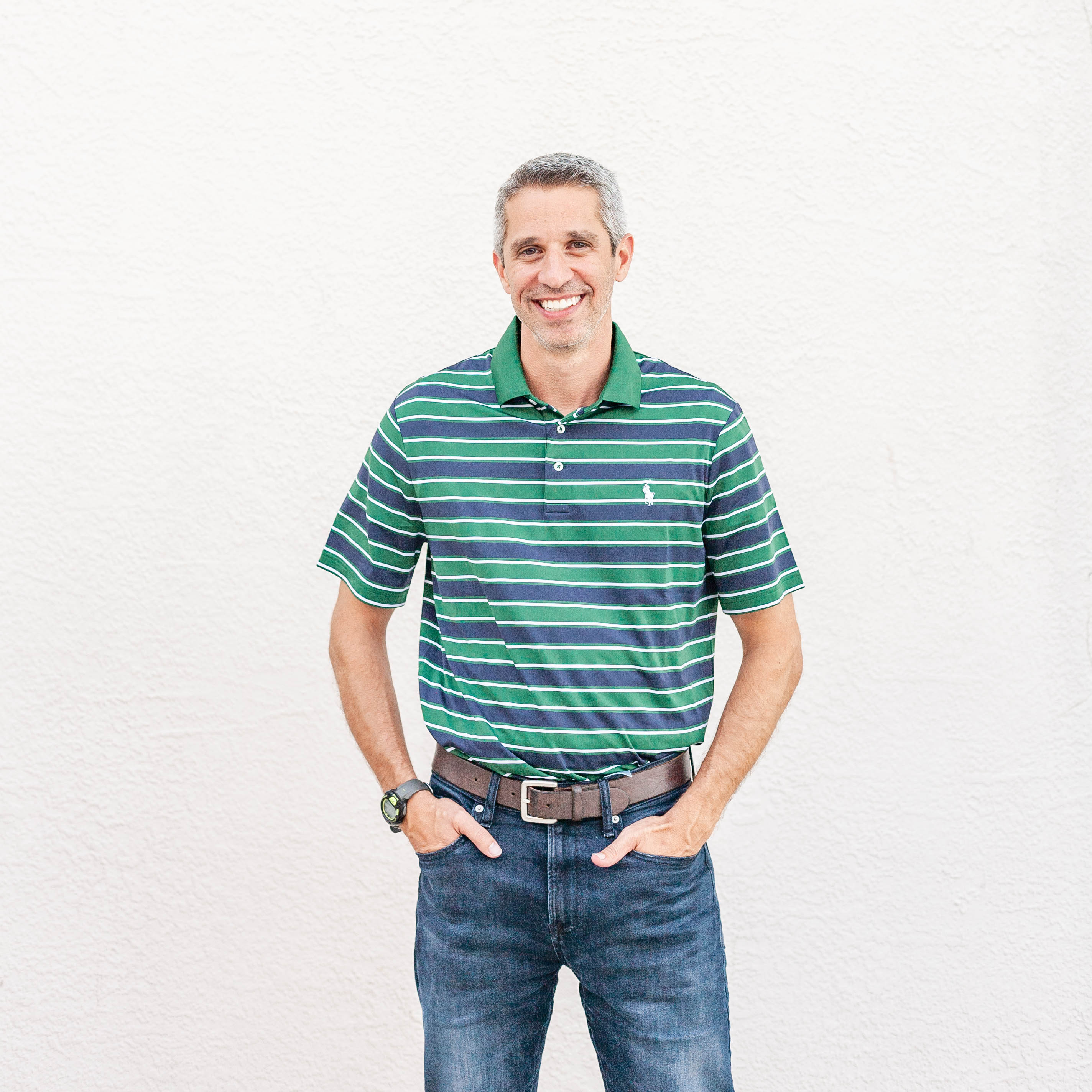 Ben grew up in Pinellas County and has attended Lakeside since he was a child.  He earned a B.S. in Business Management and a minor in Bible from Bryan College in Dayton, TN.  After returning from college, Ben became involved in serving at Lakeside where he soon became a Deacon and then in 2006 was asked to serve on the elder board.

His ministry responsibilities first and foremost are to Shepherd and lead his wife Danielle and their six children.  Ben also teaches and shepherds the adult Home Builders Sunday School class.  Vocationally, Ben works as a commercial real estate broker.